Stored emotion.  In this presentation we examine what we mean by stored emotion and how it can be visualised.

In a previous presentation in this series, Emotions obey physical laws, we discussed the action reaction characteristic of emotions.  Sometimes when an emotional effect is not adequately responded to, the corresponding emotional energy may be stored internally, rather than expressed externally.  We don't really know the mechanism of this storage, but we do know that emotionally charged memories can affect us for a lifetime and that, sometimes, we can, as a result of therapy, have the energy discharged, perhaps in a catharsis, leading us to emerge with some kind of healing having taken place.  We cover the processing of stored emotion in the next presentation, while in this one we look at the storage itself.

In an earlier presentation we examined how the body has a mechanism for balancing out and resolving emotional responses or actions.  An example was given of a skydiver who jumped from an aeroplane, experienced a frightening and exhilarating surge while airborne, followed by an opposite reaction of euphoria upon landing.  The initial highly agitated Sympathetic reaction was replaced by a highly relaxed Parasympathetic reaction that balances it out. What happens in a situation where someone experiences a high level of negative arousal and then their body does not have the opportunity for the balancing reaction that follows?  This might happen in situations where the fear is frequently and regularly experienced and where there is no safe landing place in between and therefore no opportunity to relax and allow balancing and resolution to take place.  This sounds like what might be experienced by vulnerable people who get abused and maltreated on a daily basis and with no relief.  They live in constant fear and distress.  They have regular and frequent highly stressful and fear inducing experiences, between which there is no safe place for them to come to balance with the world around them. 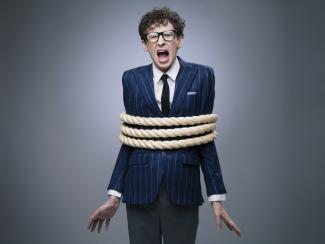 What happens to the emotional energy in situations like that?

Emotional energy is stored somehow in the body.  If an individual does not react adequately to an emotional action then the emotional experience can be stored for days or years and may never be released.  The stored emotion has a permanent effect on the body, hindering life choices, causing psychological disorder, slumped posture, or any number of symptoms such as clinical depression.

The notion of stored emotion helps us to understand that past emotional experiences may get trapped inside us and that it might be possible to release the emotional energy again through some memory recall, through counselling, through some conscious processing exercise or just as a result of a random event. 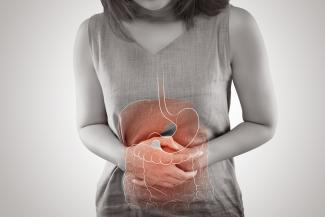 Memory is not a function of the brain only.  Studies have shown, largely in relation to organ transplants, that memory is distributed throughout the nervous system.  Therefore it is reasonable to deduct that emotional energy associated with memories can be stored in the body somewhere. 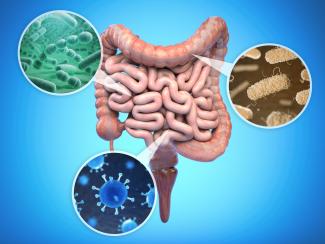 The human nervous system is an electrical system, consisting of electrical impulses transmitted around the body.  Electrical systems have storage components such as batteries and capacitors.  There is one organ in the body that lends itself very well to electrical storage, that being the intestines.  The intestines consist of a long cylindrical tube, five to seven meters long, with an inner and an outer surface.  The entire surface area of the intestines is something in the order of 30 to 50 square metres.  That surface provides ample opportunity for the accumulation of electrical charge, and of a potential difference in polarity between the inner and outer surfaces, creating a very weak, albeit, very large, electrical capacitor.  It could well be that this storage capacity serves a major role in the storage of emotional energy in the human body.  This is something that can only be understood better with suitable research and investigation.

We are aware through experience, of the central role that the stomach, and associated intestines, play in our emotional behaviour:

The stomach plays a role in our emotional experience and it could be that it is central to how suppressed emotions are stored in the body.

The opponent process theorem discussed in the presentation Emotions obey physical laws provides an excellent illustration of how Newton's third law of motion might apply to human emotions.  This theorem states that following a highly intense emotional experience such as jumping out of an airplane, there will be a subsequent highly intense emotional experience of the opposite nature, in the case of the skydiver, a feeling of well-being and euphoria.  This is a natural physical and biological process.  If the opportunity to experience the opposite emotion is not available, then balance is not achieved and the pendulum is forcefully prevented from completing its swing.

So many of our negative emotional and mental health experiences result from the absence of a safe landing place following intensely negative emotional events. Imagine how the skydiver might feel if, upon landing, they find themselves, without pause, being randomly teleported back into the airplane and immediately jumping once more, and then again teleported back and jumping repeatedly, many times without a rest in between.  After several repeats, the skydiver would be quite frazzled and overcome.  Physics and biology would not allow for many repeats of this exercise to be balanced out successfully through one safe landing.  A typical skydive lasts 5-6 minutes.  If this same adrenaline rush was extended to an hour or more, and then repeated every day for weeks, most people would end up with PTSD.  This is similar to the experience of many soldiers when fighting a war for months or years on end, where there is usually no safe landing place after each intense negative encounter.  We can endure intense emotional experiences for brief periods of time and provided we have a safe landing place, we have the opportunity to resolve it.  If we don't have a safe landing place, then the negative experiences accumulate and the result can be reduced emotional and physical well-being and serious psychological disorder.

This emotional fitness series of presentations provides technology that can be used to help people to gradually work through and resolve accumulated negative experiences.  This process involves learning relaxation to create safe landing places for yourself from which you process the energy released into improving your body grip and facial motility with the resulting improvements in overall functionality, as well as the resolution of the original emotional insult.  If you want to explore what I mean by this, then the next five or six presentations cover various aspects of emotional processing and channelling.  You might also like to go to http://practice.emotfit.com and sign up and subscribe to the channel here on Youtube.

In my youth, I had difficulty holding down a job because of repressed emotions in relation to the people around me.  Because I was unable to respond to even small interpersonal demands put upon me by my workmates, I would gradually get more and more pent up with stored emotion until I could stand it no more and would have to quit.  A new job would mean a clean slate with no emotional baggage, however it also prevented me from embarking on any kind of stable ongoing career.  Having studied and learnt about stored emotion, I have been able to process and channel it constructively and now I have a career and more prolonged relationships with people.

Emotions are sometimes stored in the body in a way which is not yet well understood, however it is possible that the stomach plays an important role in it by storing nervous energy along its vast surface.

here is a quote from Bessel A. van der Kolk from his book The body keeps the score: If the memory of trauma is encoded in the viscera, in heartbreaking and gut-wrenching emotions, in autoimmune disorders and skeletal/muscular problems, and if mind/brain/visceral communication is the royal road to emotion regulation, this demands a radical shift in our therapeutic assumptions.

That sounds rather wordy, but to paraphrase:  Professional attitudes towards stored emotion has been influenced by Freud's contention that the unconscious mind was the store.  New discoveries about muscle and organ memory suggest that the body is the likely store for pent up emotional energy.  If that is the case, then theres is a lot we can do as individuals to discover what might be stored inside our bodies and how to process and channel that, resolve emotional problem and improve our lives.

The body keeps the score by Bessel A. van der Kolk