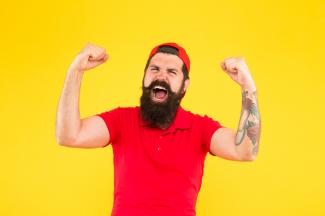 Most people would admit that the main thing they want out of life is happiness.  In fact the American declaration of independence lists "Life, Liberty and the pursuit of Happiness" as an inalienable right.  It is true, we generally do things in order to make ourselves happy.  We find a career that we are happy with and a partner we are happy with.  We do the things we enjoy and try and avoid the things we don’t enjoy.  Our lives are the pursuit of happiness. Happiness is having food to eat, the warmth of family togetherness and a house to live in.  Happiness is knowing who you are and being able to express it.

Happiness is usually accompanied by the presence of hormones such as dopamine and endorphins and the most common facial expression is a smile. There are potentially a lot of things that could make us happy and some potential overlap with other emotions, for instance between happiness and the sense of well-being that comes with love.  We should view happiness as distinct from love because of the different hormones involved and because happiness can easily occur in the absence of interpersonal interactions.  We can experience happiness as a result of achieving personal goals, doing exercise, watching a comedy; all things that can occur to us in isolation from other people.

In a previous presentation on Emotions and Physical Laws I described how a skydiver experiences extreme fear and agitation while airborne, a feeling which is quickly replaced by euphoric happiness once on the ground.  In the presentation Emotions are Rational, we discussed how emotions are physical events that are constantly in motion as part of a complex biorhythm.

By focusing on happiness as a biological, physiological, or similar event, in our body, and by seeing it as part of a complex rhythm, we attempt to separate our own bodily experience from the situations and people that might have contributed to it.  In this relatively objective state, we try to distil down to an experience that we share with other people. Other people have the same physiology as us and therefore experience emotions in the same way we do.  Taking this approach opens us up to being able to learn from other people, whose emotional fitness might be different from ours, and in so doing help to change and improve our own emotional responses and experiences. 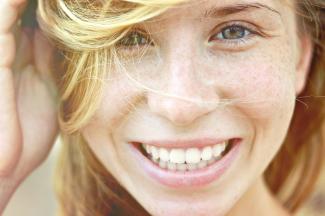 Happiness is a positive emotional state.  The hormones released by the emotion are life enhancing in many areas of health and well-being.  People who experience more happiness than others derive greater satisfaction from work, relationships and life in general.

Happiness is also destructive.  Since the dawn of time people have taken drugs to create their own pleasurable or happy experience.  In Western society the drug of choice is alcohol, in other societies it might be marijuana, hashish, coca leaves, or opium.  The moderate use of drugs to enhance happiness works okay but when people take drugs to elicit happiness too often, then there can be a problem, especially when addiction occurs and more and more of the drug has to be taken for the same effect, after which the person loses the ability to elicit happiness through natural experience.

There are many different kinds of drugs used to artificially create happiness: alcohol, marijuana, heroin, amphetamines, barbiturates and the list goes on.  Some drugs work on the brain, others on the rest of the body. They are often used just to make the user feel happy, although after prolonged use and addiction the distinction is lost and the drug simply becomes a necessity.  Drug addiction is a terrible condition to have, especially for those who use heroin, but also alcohol and even nicotine, all of which are physiologically addictive.  As with all the emotions we must always remember opposites.  In the case of happiness, drug users experience the true opponent process nature of emotions when, after a night out on the town tanked to the full they suffer a hangover the next day.  What goes up must come down.  Heroin addicts must suffer the most.  Just to stay on the level they must keep taking a fix.  If they don’t they spiral out into the deepest pits of physical dependency and emotional despair.  Alcoholics are similar.  In order to feel happy they have to take a stronger and stronger drink, until they are having spirits for breakfast.  Smokers have it bad too.  The day becomes focused psychologically and emotionally around the next fix.

Happiness is not an emotion that lends itself well to channelling.

I used to chain smoke.  Sometimes that was all I could do.  I hated myself for it, but I couldn’t stop.  I was physiologically and psychologically addicted.  Eventually I psyched myself into giving it up.  I planned it so that I would stop when I started to do something new that I really wanted to do with my life.  It helped being able to tell myself that smoking was bad for the voice, not to mention the wallet and the health.  My happiness was dependent on undertaking this new ambition, and smoking became a hindrance to my happiness, rather than a help.  Once this was clear, and I starting taking the steps to realising my ambitions I gave up smoking and never went back.  I was happy with my accomplishment, and had more energy and lung capacity which I put into vocal development and into the muscles on my face through lots of smiling.  Whereas previously smiling was a chore, now I can smile freely.

Happiness is something that we all seek, but it is also an emotion with some specific characteristics that we can identify.

Next time you want to celebrate and do so by drinking alcohol, think of how you are using a drug to replace an emotion that should come naturally if you really are celebrating something that makes you happy.